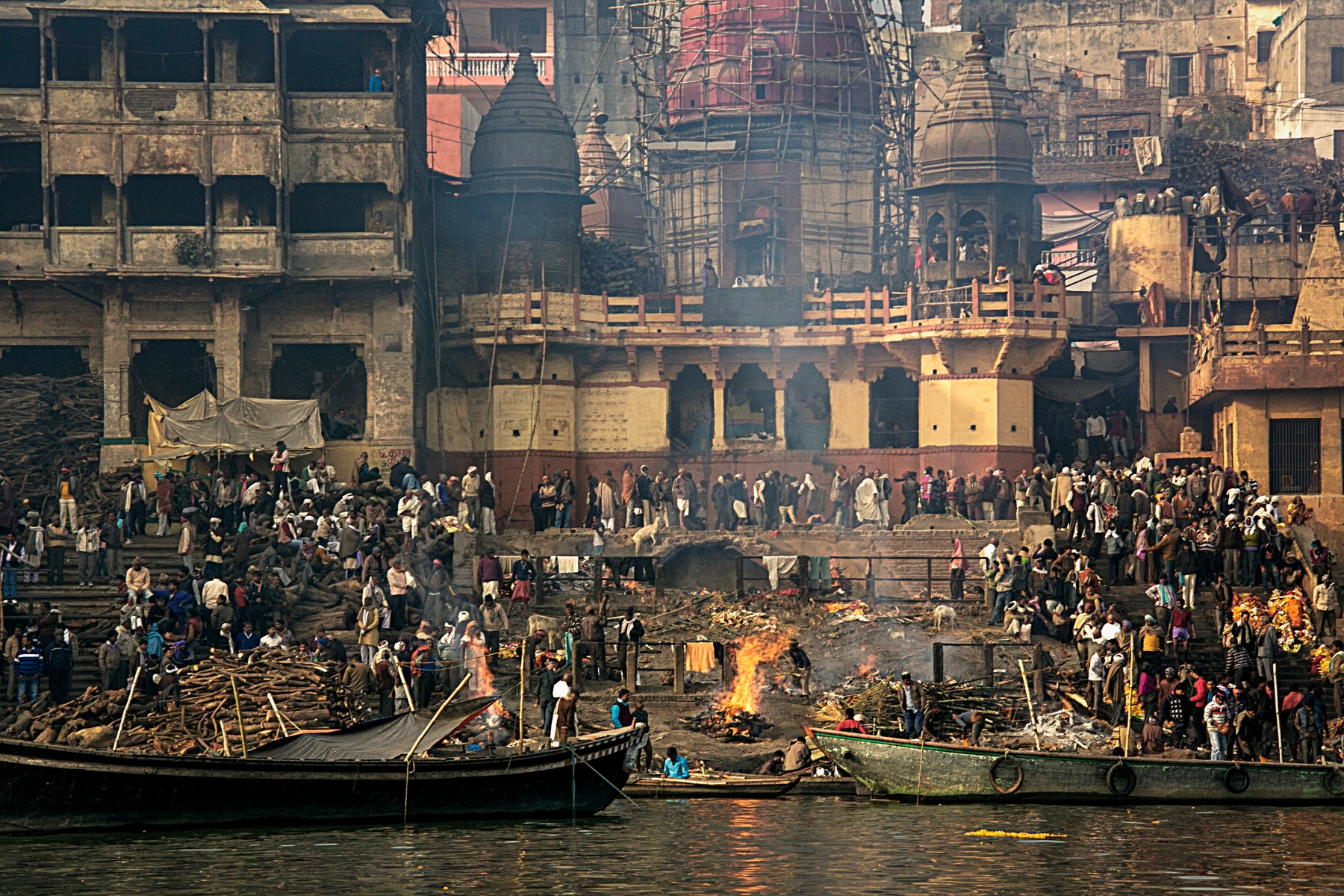 The Sacred Site in Varanasi, India along the Ganges for Hindu Cremation

This flat surface with steps leading down to the Ganges River is perhaps the most revered site for Hindu cremations.  On my birthday walk along the river, I met a man who took me into the Ghat.  He explained that photos were not allowed which seemed obvious… I found myself standing in the midst of about six cremations.  A couple had burned down to small piles of cinders, while a few were burning furiously.  I actually had to back away because of the extreme heat.

A few feet from me was a fresh stack of rectangular branches.  Two men carried a woman’s body covered in a white gown and placed her on top of the pile.  The men then placed more branches on top of her.   A monk finally carried a straw torch from the top of the ghat that was lit by an eternal fire.  No matches or accelerants are allowed.  He proceeded to place the burning straw in the center of the stack, and the cremation began.  My mind was filled with many thoughts, yet none of them were weird or gory.  I simply felt very aware of how sacred and private this was.  It was all done with such dignity.

My guide then told me that prior to the cremation the bodies were dipped into the river for purification.  Certain people were excluded from being cremated because by their nature they were deemed pure.  Monks, children and pregnant women instead have their bodies weighted down, placed in a boat, and taken to the center of the Ganges where they were lowered into the water.
It takes about three hours for the cremation to be completed.  For the bones that survive the process, a family member deposits them in the river.  Women are not allowed in the cremation area, and following the process, the male guests bathe in the river for purification – even in December.

The photo was taken a couple hours from a boat about 80 yards off shore.  In retrospect it was a very moving ceremony, and I developed a deep respect for Hindu culture and its traditions.